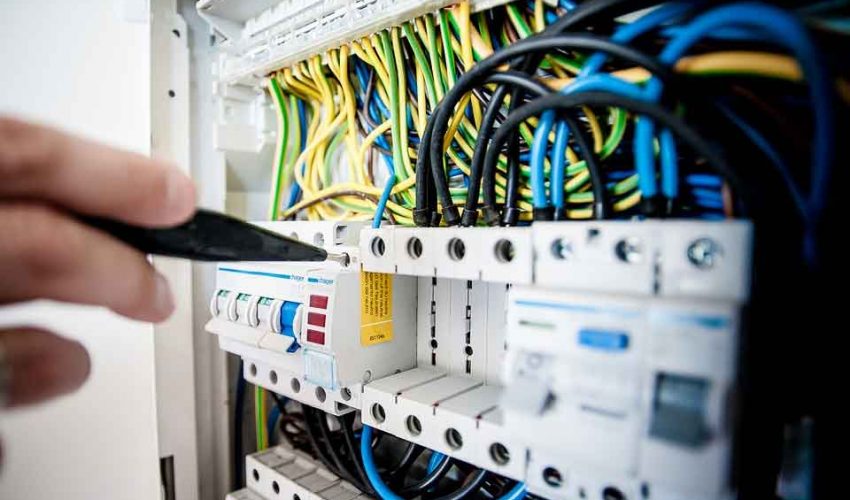 Working with electricity in manufacturing or production industries can be hazardous, although it is relatively safe. If workers and electric appliances and devices’ users stick to the rules and follow the guidelines in hazard control and safety regulations, electricity is always a friend.  But when untrained personnel or workers that are not well-trained handle electrical appliances, shock may occur which may eventually lead to death.

Most workers including engineers, over head line workers, electricians and others involved in these industries are at the forefront of people exposed to the danger of electrical hazard. Electrocution is described as a death resulting from electric shock. Without an electrical fault in the industry, if all workers follow safety rules to the letter, there cannot be electrocution. But even if all workers follow rules to the letter, if there is a problem with electrical installation in the industry, electrocution can occur.

In order to stay safe and avoid the shock of death in industries, this article will outline few common electrical problems that are particular to manufacturing, production or construction industries and attempt to provide useful tips to rectifying such problems so as o avert death as a result of electrical shock.

Another cause for this problem is negligence on the part of the device user and or personnel. Safety rules and guideline are available to device users so as to protect them from hazards, but most electrical appliance users in factories do not regard the safety rules and regulations. Neglecting the rules may result in electrical shock which may or not be fatal.

In averting the danger of electrical shock, it is important that each personnel follow strictly the safety guidelines and rules laid down for the use of electrical appliances and devices.  More importantly, is the fact that any naked wire in the factory MUST be tapped or covered up so as to be safe for human touch either by conscious touch on unconscious touch or walkover.

When the size of wires used for industrial wiring is lower than the current load it will carry at the factory, it causes overheating and can subsequently turn into a fire outbreak.

Even when the factory is properly wired, some workers may plug in appliances of over 15amps into a 15amps socket. This is overloading in itself and can cause fire.

Proper and standard circuit breakers must be installed and when working with heavy duty appliances, only heavy duty extension cords must be used. Care must also be taken so as not to overload just a point of circuit all the time.

Little to no knowledge of electrical equipment

A frequent power outage is another common problem in manufacturing, construction and production industries in regards to electricity supply. This is the more reason why most factories and industries have a standby backup generator in case of power outage. That in itself is a solution. Power outage can be caused a lot of things ranging from the power surge, substandard wiring from the mains or transformer, transformer circuit overload and the likes. When there is an outage, factories simply switch over to the generator to continue work without halting. But even after switching to the generator, it is essential to report such outage to the electricity provider so that the cause of the outage can be traced and resolved.

Too high or too low supply

Supply of electricity sometimes fluctuates. When this happen in factories or manufacturing industries or even on construction sites, it is best to hold work till the supply stabilizes, or a backup generator can be started to continue work. If the source of the fluctuation is traced by a professional electrician to be within the factory, then it can be rectified as quickly as possible. But if after tracing the fluctuation, it is actually from the power supplier, then, it means the factory will need to wait until the supply rectifies the fluctuation from their side. Fluctuations like this can damage big and heavy duty machines in factories which may cost the industry a lot of money.

Except for the welding department, sparks are not supposed t be seen in factories like it is normal. When electrical sparks occur, then it means that a negative and a positive wire have inter mingled or “kissed”. This love between negative and positive wires is not a good thing for electrical appliances and may even result in over heating of the wires in contact and may lead to a fire . Welding points bring out sparks of light, but when to opposite charge wires come in contact, the spark can damage a lot of equipments that may be plugged to power or are in use at the time. Parks must be prevented in factories at all cost and one of the easiest way to prevent electrical parks is to always tape back naked wires or opened wire cables.  When there is incessant electrical sparks in a factory, the head electrician or a professional electrician must be called upon to attend to the situation after the mains have been switched off.

Always get services from Professional Electricians who are certified and experienced with Commercial Electrical Services.

Why Install new data cables when moving to a new office: