A simple guide to Switch, Router and Hub

Data cabling is all about network and therefore it is important that one should have a clear understanding of how the Network devices operate and function. Today’s we are going to discuss the difference a Hub, a Switch,  and a Router ; all critical components of a network. All these network devices are similar in purpose of data distribution there is a difference in the way they handle data.

Let’s learn about a Hub first.

The purpose of a hub is to connect all of your network devices together on an internal network. It’s a device that has multiple ports that accepts Ethernet connections from network devices. A hub is considered not to be intelligent because it does not filter any data or has any intelligence as to whether the data is supposed to be sent and that’s because the only thing a hub knows is when a device is connected to one of its ports. So when it data packet arrives at one of the ports, it is copied to all the other ports. So all the other network devices on that Hub will see that data packet. The data packet is distributed to all network devices even if only one specified computer wanted to communicate with the other network. So when this happens, it not only creates security concerns but also create unnecessary traffic on the network which wastes bandwidth.

A Switch on the other hand very similar to a hub. It is also a device that has multiple ports that accepts Ethernet connections from network devices but unlike a hub, a switch is intelligent. A switch can actually learn the physical addresses of the devices that are connected to it and it stores these physical addresses called MAC addresses in its table. So when it data packet is sent to a switch, it’s only directed to the intended destination port unlike a hub where a Hub would rebroadcast the data to every port.  So for example if one computer want to communicate with another computer over the network, here is how the process with Switch works. The data packet arrives at the switch and the switch will look at it’d table of MAC addresses and matching ports and delivers it data to the correct port and then that data packet would only go to that computer so that’s the major difference between a hub and a switch.

Switches are far more preferred over hubs because they reduce any unnecessary traffic on the network. To summarize, a hub only detects that a device is physically connected to it and a switch can detect specific devices that are connected to it because it keeps a record of the MAC addresses of those devices. 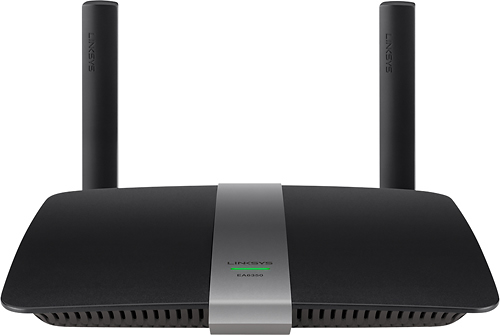 Hubs and switches are used to exchange data within a local area network that may include your home network or in a business LAN network. They are not used to exchange data outside their own network such as out on the Internet because to exchange or route data outside their own network to another network such as out on the Internet, a device needs to be able to read IP addresses and hubs and switches to not read IP addresses. So that’s where the router comes in the scene. A router is a device that routes or forward data from one network to another based on their IP address. When a data packet is received from the router, the router inspects the data’s is IP address and determines if the packet was meant for it’s own network or meant another network. If the router determines that the data packet is meant for its own network,  it receives it but if it is for not for its own network, it sends it off to another network. So a router is essentially the gateway of a network.

All about Wi-Fi 6 – The future of Wifi

Why wired network is better than wireless network

What type of Network Cable to Choose?